Distributed by : Chinnakrit Boonnog
Significance
Interpreting Earth history is a prime goal of the science of geology. Like a modern-day sleuth, the geologist must interpret clues found preserved in the rocks. By studying rocks, especially sedimentary rocks, and the features they contain, geologists can unravel the complexities of the past.
Relative Dating
Relative dating means placing rocks in their proper sequence of formation, first, second, third, and so on. Relative dating cannot tell us how long ago something took place, only that it followed one event and preceded another. The relative dating techniques that were developed are valuable and still widely used. To establish a relative time scale, a few basic principles or rules had to be discovered and applied.​
Law of Superposition
The law simply states that in an underformed sequence of sedimentary rocks, each bed is older than the one above it and younger than the one below.
Principle of Original Horizontality
Layers of sediment are generally deposited in a horizontal position. Thus, if we observe rock layers that are flat, it means they have not been disturbed and they still have their original horizontality. However, if they are folded or inclined at a steep angle, they must have been moved into that position by crustal disturbances sometime after their deposition.
Principle of Cross-Cutting Relationships
The fault or intrusion is younger than the rocks affected.  The faults and dikes clearly must have occurred after the sedimentary layers were deposited.
Using Relative Dating Principles 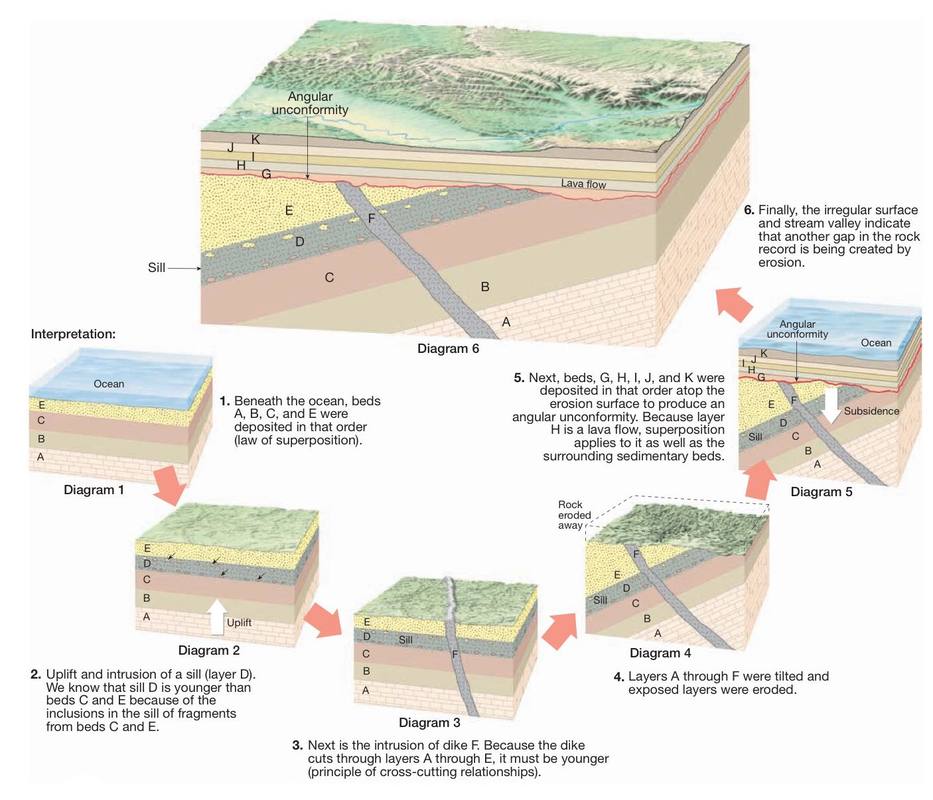 Correlation of Rock Layers
​Within a limited area, correlating the rocks of one locality with those of another may be done simply by walking along the outcropping edges. However, this may not be possible when the rocks are mostly concealed by soil and vegetation. Correlation over short distances is often achieved by noting the position of a distinctive rock layer in a sequence of strata. Alternatively, a layer may be identified in another location if it is composed of very distinctive or uncommon minerals. 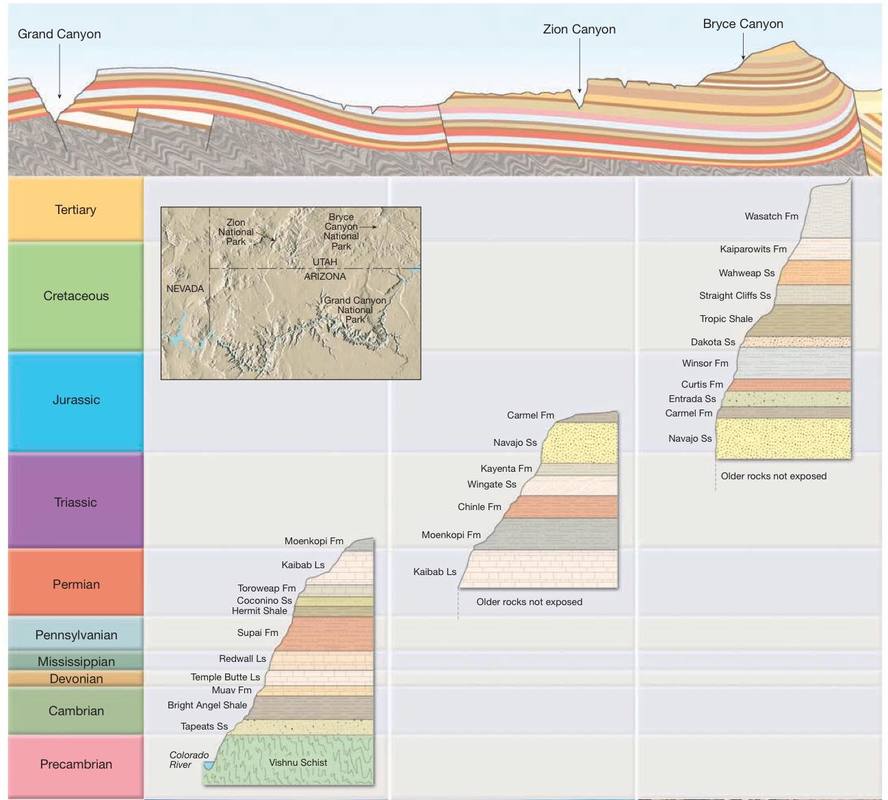 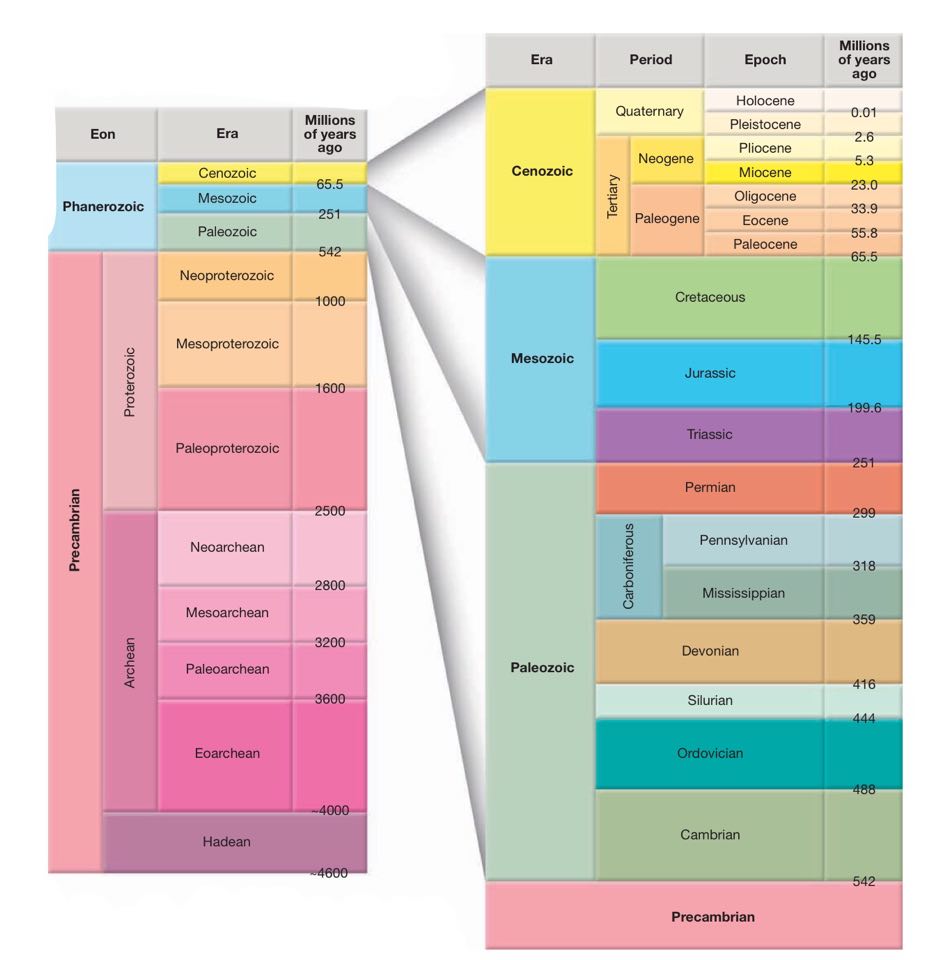